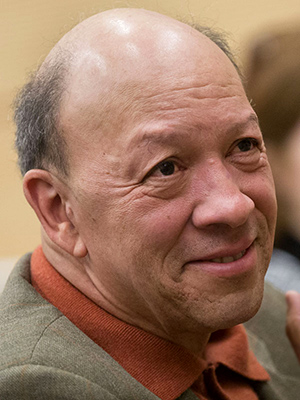 Robert Stepto’s fields of interest include early African American narratives (Equiano to Douglass and Jacobs), American Renaissance authors (especially Melville and Whitman), fin de siecle writers (Twain to Du Bois), the New Negro Renaissance (including its book art), 20th-century poetry (American and African American), American autobiography in all periods (beginning with captivity narratives), African American fiction from Chesnutt to Ellison, the American “vernacular” landscape. His special concerns include the relation of literature to the visual arts and to folklore, literary history (genre practice, canon formation), the “translation” of vernacular forms (e.g., sermons, blues) into written forms, and what some Americanists call “democracy and the pursuit of narrative.” He is also a member of the African American Studies and American Studies faculties.

- Chant of Saints: A Gathering of Literature, Art, and Scholarship (1979)

A Home Elsewhere: Reading African-American Classics in the Age of Obama

Blue as the Lake: A Personal Geography

From Behind the Veil: A Study of Afro-American Narrative