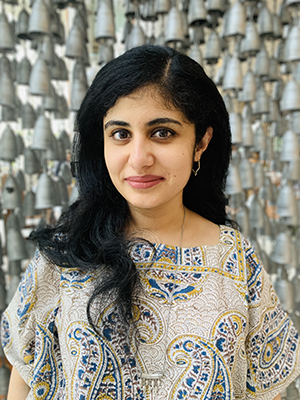 I study the literary history of the colonial world, primarily of South Asia in the late nineteenth and early twentieth centuries. Much of my research explores practices of reading in this period, focusing on situations that challenge our notions of what it means to read and who is a reader. Some of these concerns are addressed in my current book project, in which I argue that colonial subjectivities were formed not by an intense engagement with writers such as Milton and Hume, but rather, through superficial and fleeting relationships with the most mundane of textual forms, such as the petition, almanac, and instruction manual, among others. I have also begun work on a second project on the multimedia history of the lecture at the turn of the twentieth century, placing it in the early context of anti-colonialism as a global movement.

My research has appeared in Journal of Commonwealth Literature, Journal of Victorian Culture, and the edited volume, Fighting Words: Fifteen Books that Shaped the Postcolonial World. I am also a co-editor of The Global Histories of Books: Methods and Practices, a collection of essays that seeks to explore some of the ways in which books travel across national and linguistic borders.

Before coming to Yale, I was a Junior Fellow at the Harvard Society of Fellows.

“Of Greasy Notebooks and Dirty Newspapers: Reading the Illegible in The Village in the Jungle.” The Journal of Commonwealth Literature 50.1 (2015): 59–73.

ENGL 290: The Canon in the Colony: Reading English Literature Abroad