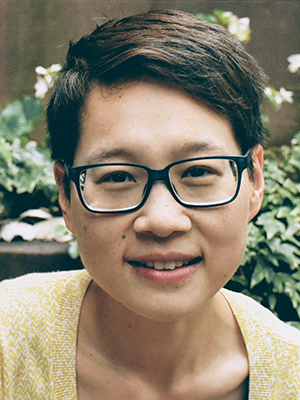 I am an assistant professor of English and affiliate professor of Ethnicity, Race, and Migration. My teaching and research focus on Asian/Pacific/American and Asian diasporic literature and culture, and I have a special interest in transpacific genealogies of war, militarism, and imperialism. My book Tonal Intelligence: The Aesthetics of Asian Inscrutability during the Long Cold War (Columbia UP, 2020) reperiodizes the cold war by taking a tonal approach to reading aesthetic texts and intelligence records. This tonal analysis, I propose, constitutes a kind of historiographic method, a way to track the relation between the uncertainties of geopolitical transition and the vagaries of racial perception. I’m currently at work on a second book project tentatively entitled Atomic Wear: Transpacific Fashion and the Making of the Militarized Mundane. This study shows how nuclear experiments sponsored by the U.S. military revolutionized three genres of fashion: cosmetics, clothing, and infrastructure. In bringing together an eclectic archive of tanning products, foundation garments, fragrance packaging, inflatable furniture, and collapsible shelters, Atomic Wear explores how cold war articulations of style also functioned as vernacular theories of race and gender.

- “The Peculiar Objecthood of the “Yellow Woman,” Review of Ornamentalism by Anne Anlin Cheng, Los Angeles Review of Books, March 18, 2019,

- “The Korean Voice of American Empire: ‘Another Dimension’ of the Democratic Spokesman and the Model Minority Narrator,” Journal of Asian American Studies 17, no. 3 (October 2014): 273-304.