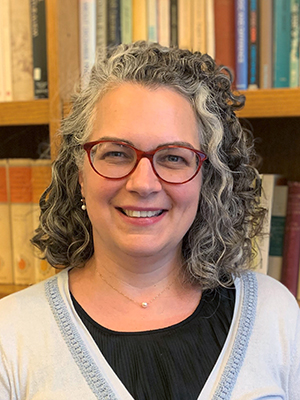 I am interested in the cultures of medieval reading as they are preserved in manuscripts. In my first book, Reading in the Wilderness (Chicago 2007), I explore the format of a late-medieval miscellany to reveal surprising connections between the private reading of a meditative lyric and the public performance of civic drama.  My current projects include a handbook of literary manuscript studies and a long-term study of the connections between late-medieval vernacular literature and the book of hours.

- “The Provocations of Orthodoxy:  Lydgate and Late-Medieval Books of Hours in Literary Culture.”  In The Provocative Fifteenth Century:  A Special Issue of Exemplaria, ed. Andrea Denny-Brown 30.1 (2018):  2-19.

- “Forms of the Hours in Late Medieval England.”  In The Medieval Literary:  Beyond Form, ed. Catherine Sanok and Robert Meyer-Lee.  Cambridge:  Boydell and Brewer, 2018. Pp. 61-83.

- “Forms of Reading in the Book of Brome.” In Form and Reform: Reading Across the Fifteenth Century, ed. Kathleen Tonry and Shannon Gayk, 19-39.  Columbus, OH: Ohio State University Press, 2011.

- Reading in the Wilderness: Private Devotion and Public Performance in Late Medieval England (Chicago: University of Chicago Press, 2007). [Winner, 2008 Book of the Year from the Conference on Christianity and Literature]

Reading in the Wilderness: Private Devotion and Public Performance in Late Medieval England