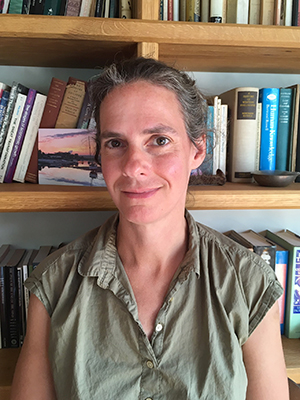 I research and teach English literature of the long Nineteenth Century: both Romantic and Victorian, both poetry and the novel. Other areas of interest include German classical literature (especially Goethe and Schiller), aesthetic theory, war and literature, and genre theory.

My first book demonstrated the scope of my concerns by considering the treatment of literary and political action in writers from Wordsworth to Henry James. While my second, on the Victorian response to an unpopular war (the Crimean War, 1854-56), was narrower, it allowed me to think further about the impact of social and political matters on formal ones: how (for example) does patriotic poetry translate the blunders of the Crimea into verse? My new book offers an in-depth account of the verse-novel as it arose in the mid-Victorian period, focusing on how the split allegiances of its component genres allow for the unleashing of radical energies. I am currently beginning a project on the way numbers interact with literary forms in the nineteenth century.

- The Crimean War in the British Imagination, October 2009

- The Crisis of Action in English Nineteenth-Century Literature, December 2006

- “North and South, East and West: Gaskell, The Crimean War, and the Condition of England.” Nineteenth-Century Literature, June 2005

The Crimean War in the British Imagination

The Crisis of Action in Nineteenth-Century English Literature