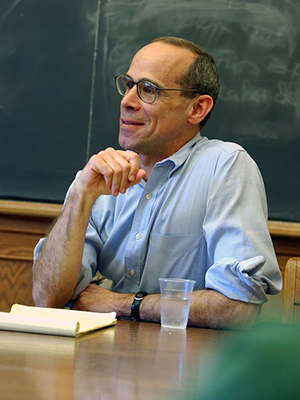 Hazlitt: the Mind of a Critic,  A Choice of Inheritance, Politics by Other Means, Disowned by Memory: Wordsworth’s Poetry of the 1790s, Skeptical Music: Essays on Modern Poetry, Moral Imagination, The Intellectual Life of Edmund Burke: From the Sublime and Beautiful to American Independence, and How Words Make Things Happen.

Writing Politics: An Anthology, On Empire, Liberty, and Reform: Speeches and Letters of Edmund Burke, On Liberty  (co-edited), The Turn of the Screw.

- “Where Shall Wisdom Be Found,” Radio Open Source with Christopher Lydon, June 10, 2022

- “Lincoln as Realist” at Neubauer Collegium for Culture and Society, 2016

- ”Nonconformity in Black and White: Douglass, Du Bois, and Ellison” for the Nathan I. Huggins Lecture Series, at Hutchins Center, Harvard University, 2017

American Breakdown: The Trump Years and How They Befell Us

The Intellectual Life of Edmund Burke: From the Sublime and Beautiful to American Independence

Hazlitt: The Mind of a Critic