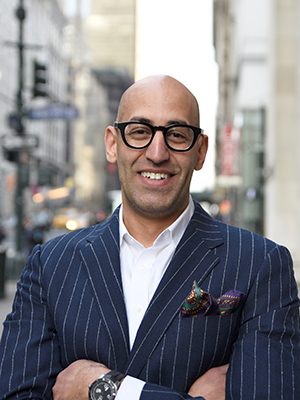 Feisal Mohamed’s research and teaching focus on seventeenth-century English literature, with especial emphasis on John Milton. His most recent book, Sovereignty (Oxford UP, 2020), explores the emergence of modern ideas on sovereign power through the writings of Thomas Hobbes, John Milton, and Andrew Marvell, among others. It also engages in an extended critique of the thought of Carl Schmitt. Mohamed is currently at work on two book projects. One will extend his work on sovereignty and legitimacy into consideration of England’s rapidly evolving international role in the seventeenth century, examining in particular colonial corporations and varieties of unfree labor. The other seeks to develop a theory of tyrannicide for our time, exploring among other possibilities the value of resistance theory in confronting the tyrant against the environment.

A past president of the Milton Society of America, Mohamed’s work has been supported by a Mellon Foundation New Directions Fellowship, which provided second-discipline training in law. He has been awarded the Milton Society of America’s James Holly Hanford Award for Milton and the Post-Secular Present, and, with co-editor Mary Nyquist, its Irene Samuel Award for the collection Milton and Questions of History. In addition to scholarly venues, his writing has appeared in The American Scholar, The Chronicle Review, Dissent Magazine, Huffington Post, the website of The New Republic, The New York Times, and The Yale Review.

Sovereignty: Seventeenth-Century England and the Making of the Modern Political Imaginary. Oxford UP, 2020.

Milton and the Post-Secular Present: Ethics, Politics, Terrorism. Stanford UP, 2011.

In the Anteroom of Divinity: The Reformation of the Angels from Colet to Milton. U of Toronto P, 2008.

with Gordon Hutner. A New Deal for the Humanities: Liberal Arts and the Future of Public Higher Education. Rutgers UP, 2015.

with Mary Nyquist. Milton and Questions of History: Essays by Canadians Past and Present. U of Toronto P, 2012.

“The Military, the Islamists, and the Battle over Egypt’s Constitution.” Making the New Middle East: Politics, Culture, and Human Rights. Ed. Valerie J. Hoffman. Syracuse UP, 2019. 90-108.

Sovereignty: Seventeenth-Century England and the Making of the Modern Political Imaginary

Milton's Modernities: Poetry, Philosophy, and History from the Seventeenth Century to the Present

A New Deal for the Humanities: Liberal Arts and the Future of Public Higher Education

Milton and Questions of History: Essays by Canadians Past and Present

In the Anteroom of Divinity: The Reformation of the Angels from Colet to Milton