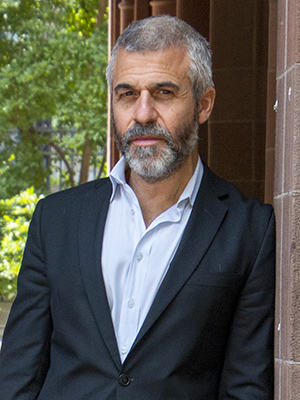 My research and teaching is in eighteenth-century literature and philosophy, foundations of literary theory and criticism, and cognitive science and the arts. I am the author of three books. My most recent book, Paper Minds: Literature and the Ecology of Consciousness (Chicago, 2018), shortlisted for the Christian Gauss Award from the Phi Beta Kappa Association, asks what distinctive knowledge the literary disciplines and literary form can contribute to discussions of perceptual consciousness, created and natural environments, and skilled engagement with the world. Before that, Actions and Objects from Hobbes to Richardson (Stanford, 2010) considered representations of mind and material objects along with theories of action during the long eighteenth century. And before that, Making the English Canon: Print Capitalism and the Cultural Past, 1700-1770 (Cambridge, 1999) examined the role of criticism and aesthetic theory in the creation of a national literary tradition. I publish regularly in the Chronicle of Higher Education and elsewhere on professional issues in literary studies and continue to write and think about form and method. I am finishing a short book on the epistemology of close reading, a portion of which was recently published in Critical Inquiry as “Criticism and Truth.” My current book project in the eighteenth century is on Alexander Pope, William Cowper, and the poetics of designed environments. Finally, I’m director of the Lewis Walpole Library and the editor (with Steven Pincus) of the Lewis Walpole Series in Eighteenth-Century Culture and History for Yale University Press.

- “The Humanities in the Time of Covid-19” Meeting St. podcast with Amanda Anderson, October 2020

- “The Humanities After COVID-19,” The Chronicle of Higher Education, July 2020

-Paper Minds: Literature and the Ecology of Consciousness (Chicago, 2018)

-“What We Hire in Now,” The Chronicle of Higher Education, December 2018

-“The Way We Hire Now,” The Chronicle of Higher Education, September 2018

-“How the Jobs Crisis Has Transformed Faculty Hiring”, The Chronicle of Higher Education, August 2018

-“Forms and Explanations: A Reply to Our Critics” (with Anahid Nersessian), Critical Inquiry, 2017

- “An Aesthetics and Ecology of Presence.” European Romantic Review, 2015.

- “Literary Studies and Science, a Reply to my Critics.” Critical Inquiry, 2012.

- “Recent Studies in the Restoration and Eighteenth Century.” SEL, 2010.

- Actions and Objects from Hobbes to Richardson (Stanford, 2010)

- “Empiricism, Cognitive Science, and the Novel.” The Eighteenth Century: Theory and Interpretation, 2007.

Politics, Philosophy, and Ecology in Eighteenth-Century English Literature; Literature and Philosophy in the Eighteenth Century; English 126

Paper Minds: Literature and the Ecology of Consciousness

Actions and Objects from Hobbes to Richardson

Making the English Canon:Print-Capitalism and the Cultural Past, 1700-1770