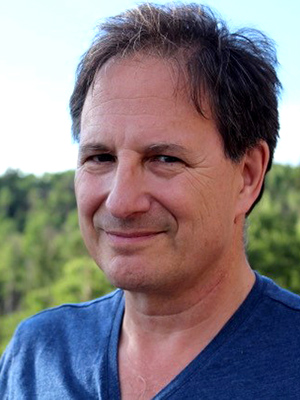 I study the history of poetry and its place in culture.  I’m interested in how poetry has been defined in principle and in practice. I’m interested in how the poet’s life has been imagined and lived.  I’m concerned with literary biography and literary theory (enemies, for lots of people).  I’m an archival scholar and a close reader. I edit texts. I read letters and diaries. I look at the poem on the page (or screen) and I listen to it in the ear (which involves acoustics, but also what Robert Frost called “the imagining ear”).  My subject is poetics, of all kinds.  I agree with Emily Dickinson: “If I feel physically as if the top of my head were taken off, I know that is poetry.”

My James Merrill: Life and Art was published by Knopf in 2015. The book was a finalist for the Poetry Foundation’s Pegasus Prize, and won the Lambda literary award for gay biography. My work on it was supported by full-year fellowships from the Guggenheim Foundation (2003-04) and the Leon Levy Center for Biography at the Graduate Center of the City University of New York (2012-13), and residences at the James Merrill House (2008) and the Bogliasco Foundation (2009). For reviews and more about the biography, click on my CV or the book’s website: http://www.jamesmerrillweb.com/

While writing that book, I edited two books for Library of America: The Collected Poems of May Swenson (2013), the first collected edition of Swenson’s work, and Hart Crane: Complete Poetry and Selected Letters (2006).  My work on Crane began with a book of literary history, Hart Crane and Allen Tate: Janus-Faced Modernism, published by Princeton in 1993.  That book was the subject of a review-essay in Modernism/modernity and named a “Breakthrough Book” by Lingua Franca.  In a sequel to it, I introduced and edited a collection of Crane’s letters called O My Land, My Friends: The Selected Letters of Hart Crane (Four Walls Eight Windows, 1997).

A Whole World: Letters from James Merrill, which I edited and annotated with Stephen Yenser, was published by Knopf in 2021 and reviewed in the Wall Street Journal; New Criterion; New York Times Book Review; Times Literary Supplement; Poetry Foundation; New York Review of Books, and elsewhere.

Essays on modern and contemporary poets

The Art of Losing [on The Dolphin Letters: Elizabeth Hardwick, Robert Lowell, and Their Circle] in New York Review of Books (2019)

Inside and Underneath Words [on Susan Howe] in New York Review of Books (2017)
Voice and Erasure in Srikanth Reddy’s Voyager in The Fate of Difficulty in the Poetry of Our Time (2017)
Stevens and Modernism in Wallace Stevens in Context (2017)
Plath’s Lives, Representations (2001)
Useless Concentration: Life and Work in Elizabeth Bishop’s Letters and Poems in American Literary History (1996)

I am writing a critical biography of Elizabeth Bishop for FSG.

My undergraduate courses at Yale include English 126 and 127, seminars on Lyric Theory, The Life of the Author, and Elizabeth Bishop and Robert Lowell, and the lecture course Poetry Since 1950, which morphs every year.   My lectures in the course Modern Poetry were recorded and transcribed in 2007 as a pilot course in Yale’s Open Access Video Project and reviewed in the New York Times (2008) and Chronicle of Higher Education (2012).

Last year Meghan O’Rourke and I taught a workshop on Public Criticism for advanced graduate students (I want to do that again!). This year Ardis Butterfield and I are teaching—again—The History and Theory of the Lyric, Medieval and Modern (so much fun!). I’ve been the dissertation director and/or a committee member for more than thirty PhD students, many of whom have turned their dissertations into important books, and all of whom have built impressive careers in the academy or outside it.  In 2011, I won Yale’s Graduate Student Mentor Award in the Humanities.

Oh My Land, My Friends: The Selected Letters of Hart Crane