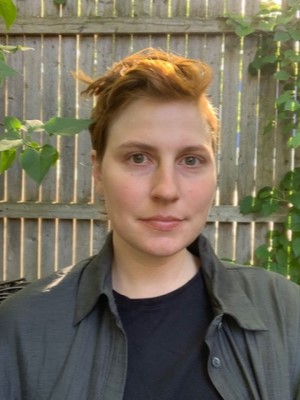 Their first book The Fury Archives: Female Citizenship, Human Rights, and the International Avant-Gardes  was published in the Modernist Latitudes Series by Columbia University Press in 2020 and won the 2021 First Book Prize from the Modernist Studies Association. Through attention to the daily life of feminist action, The Fury Archives assembles a counter-archive of women’s rights, practiced by female arsonists, suffragette rioters, industrial saboteurs, self-named terrorists, lesbian criminals, and queer resistance cells. Setting aside the question of the vote, this turn to the daily life of feminist action suggests an alternative conceptual vocabulary for rights claims, moving beyond juridically defined freedoms and obligations understood in relation to the nation-state. At the same time, the book examines the criminal proceedings that emerged in the wake of these actions, tracing the way that “citizen” and “human” emerged as linked categories for women on the fringes of an international campaign for suffrage.

Richards’ second book explores queer/feminist experiment in a more public facing framework, through a collaborative encounter with Elena Ferrante’s Neapolitan Quartet. Alongside Sarah Chihaya, Merve Emre, and Katherine Hill, Richards is a co-author of  The Ferrante Letters: An Experiment in Collective Criticism published in the Contemporaries Series by Columbia University Press in 2020. The Ferrante Letters won the 2021 PROSE Award for Excellence in the Humanities awarded by the Association of American Publishers and was shortlisted for the ASAP Book Prize. Richards is also a founding co-editor, alongside Amber Jamilla Musser and Jennifer Cooke, of a new series, Elements in Feminism and Contemporary Critical Theory, at Cambridge University Press.

Their current research takes up a migrant history of sexuality through attention to the intimate social life of the colonial port city. In this accounting, the port city is a key site of racial mixture and sexual contagion, visible through the public space of the queer/trans nightclub and in the more private, domestic worlds of care work and sex work negotiated outside of the nuclear family. Rather than a national focus, this project follows the transoceanic route as a key unit of analysis, making visible new geographies of sexuality based on the shipping itineraries that link port cities across the Atlantic, Indian, and Pacific Oceans. An article based on this work, “Oceans, Archives, Perverts,” is forthcoming in GLQ. Part of a second, more speculative project on transgender history and the aesthetics of dysphoria can be found in Modernism/modernity Print Plus.

- The Ferrante Letters: An Experiment in Collective Criticism (Columbia UP, 2020)

The Ferrante Letters: An Experiment in Collective Criticism