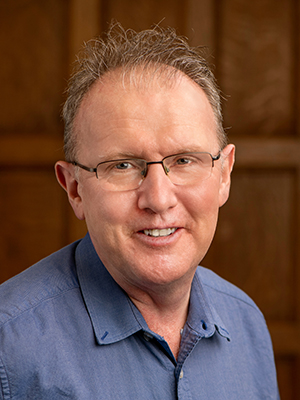 I teach and research mainly in the areas of modernism, Irish, postcolonial and world literatures. My most recent books are Modernism, Empire, World Literature (2021) and The Irish Expatriate Novel in Late Capitalist Globalization (2021). Modernism, Empire, World Literature examines how Irish and American writers transformed the London- and Paris-centered world literary system in the period after World War I. The Irish Expatriate Novel in Late Capitalist Globalization examines how Irish writers have engaged with the wider world beyond Ireland in the post-Cold War era in the contexts of a shift of the center of gravity of the Anglophone world literary system from England to the United States and the contemporary rise of China. This book was awarded the American Conference for Irish Studies Robert Rhodes prize for books on Irish Literature in 2022. Earlier, I have written on national literatures and partition in Literature, Partition and the Nation-State: Culture and Conflict in Ireland, Israel and Palestine (2002) and on nineteenth- and twentieth-century literary, cinematic, and music cultures in Outrageous Fortune: Capital and Culture in Modern Ireland (2007). Edited volumes include The Cambridge Companion to Irish Modernism (2014) and (with Claire Connolly) The Cambridge Companion to Modern Irish Culture (2005). I have edited three special journal issues: on Ireland’s financial crisis in ‘Ireland after the Celtic Tiger: From Boom to Bust’ with Boundary 2 (Spring 2018); on ‘Peripheral Realisms’ (with Jed Esty and Colleen Lye) in MLQ (September 2012); and on ‘Empire Studies’ (with Michael de Nie) for Éire-Ireland (Summer 2007).

I convene the ‘Left Literary Studies’ graduate study group at Yale and write on literary and cultural topics for the Dublin Review of Books, The Irish Times, and other media.

I am currently researching and publishing on topics including the history and prospects of the English department as institution, literature and the idea of Europe, and Irish literary and cultural history from the nineteenth century to the present.

“The Catholic Twilight,” in Eamon Maher and Eugene O’Brien (eds), Tracing the Cultural Legacy of Irish Catholicism: From Galway to Cloyne and Beyond (Manchester: Manchester University Press, 2017), 209-225.

“The World and the Book: Centenary Notes on Ulysses,” Dublin Review of Books, February 2022.

“The English Department as Imperial Commonwealth, or The Global Past and Global Future of English Studies,” Boundary 2, Volume 48, Number 1 (February 2021): 139-176.

The Cambridge Companion to Irish Modernism

Literature, Partition, and the Nation-State: Culture and Conflict in Ireland, Israel, and Palestine