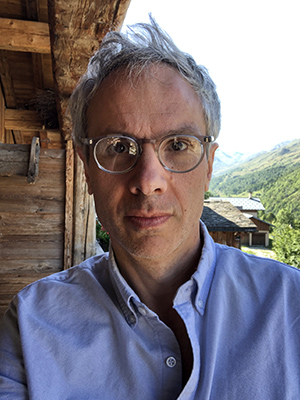 Marc Robinson is Professor of English, Theater and Performance Studies, and American Studies. He is also Professor in the Practice of Dramaturgy and Dramatic Criticism at the David Geffen School of Drama at Yale. His books include The American Play: 1787-2000 (Yale Univ. Press, 2009) and The Other American Drama (Cambridge Univ. Press, 1994). In addition, he is the editor of three books: The Myopia and Other Plays by David Greenspan (Critical Performances series, Univ. of Michigan Press, 2012), The Theater of Maria Irene Fornes (Johns Hopkins Univ. Press, 1999), and Altogether Elsewhere: Writers on Exile (Faber and Faber, 1994). He has been awarded the 2009 George Jean Nathan Award and the 2010 George Freedley Special Jury Prize (both for The American Play), the 2012 Lambda Literary Award in Drama (for The Myopia and Other Plays by David Greenspan), and the 2004 Betty Jean Jones Award for Outstanding Teaching of American Drama. He is a fellow of the New York Institute for the Humanities.

The Myopia and Other Plays by David Greenspan

The Other American Drama

The Theater of Maria Irene Fornes