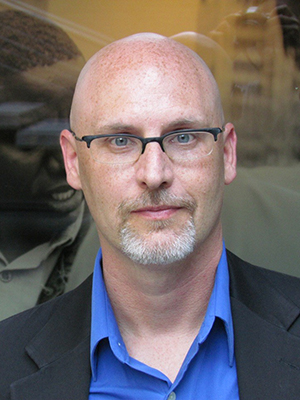 Richard Deming is a poet, art critic, and theorist whose work explores the intersections of poetry, philosophy, and visual culture. His collection of poems, Let’s Not Call It Consequence (Shearsman, 2008), received the 2009 Norma Farber Award from the Poetry Society of America. His most recent book of poems, Day for Night, appeared in 2016. He is also the author of Listening on All Sides: Toward an Emersonian Ethics of Reading (Stanford UP, 2008), and Art of the Ordinary: the Everyday Domain of Art, Film, Literature, and Philosophy  (Cornell UP, 2018). He contributes to such magazines as Artforum, Sight & Sound, and The Boston Review. His poems have appeared in such places as Iowa Review, Field, American Letters & Commentary, and The Nation. He teaches at Yale University where he is the Director of Creative Writing.  Winner of the Berlin Prize, he was the Spring 2012 John P. Birkelund Fellow of the American Academy in Berlin.

- Art of the Ordinary: the Everyday Domain of Art, Film, Literature, and Philosophy  (Cornell UP, 2018).

- Listening on All Sides: Toward an Emersonian Ethics of Reading (Stanford UP, 2008)

- On Stan Brakhage and avant-garde film:

Art of the Ordinary

Listening on All Sides: Towards an Emersonian Ethics of Reading

Let's Not Call it Consequence